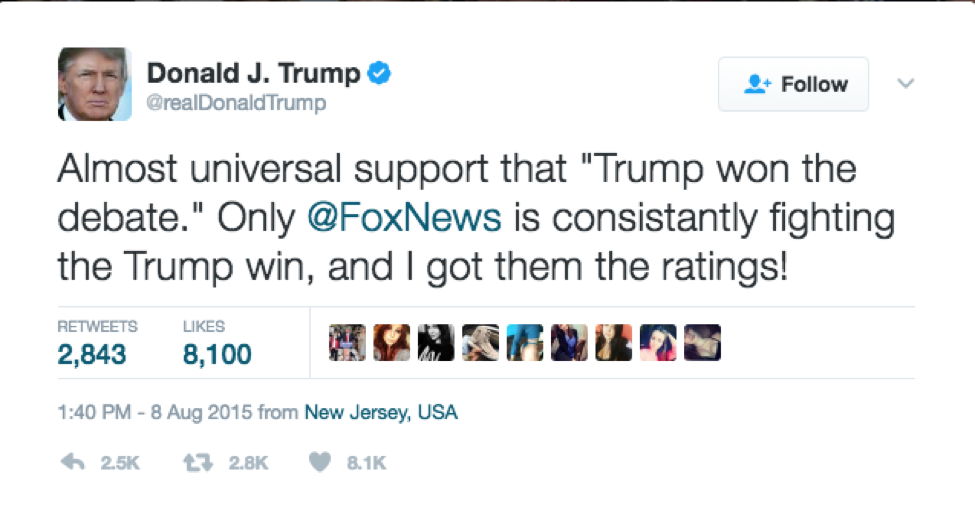 Free e-prints available by contacting the author at [email protected].

SUMMARY: How Twitter Use Helped Trump In the First GOP Debate

In this peer-reviewed article based on PEORIA Project research, Michael Cornfield presents an innovative method to obtain political intelligence from social media keywords and posts. The article documents and explains how Donald Trump bested his Republican rivals in the first pre-primary debate on August 6, 2015 in spite of harsh and massively negative assessments of his performance by party insiders.

The insiders rated Trump the big loser, but Trump was the big winner according to the polls and these hashtag-using tweeters, whom Cornfield dubs the “expressive attentives.”

This data runs contrary to what a prevalent theory in political science literature has held: that party insiders have the big say in winnowing out presidential aspirants during the long “invisible primary” period preceding the first votes in the Iowa Caucuses and New Hampshire Primary. But the theory was formulated and substantiated before Twitter (and Facebook and other social media platforms) enlarged the number and range of people who could publicly judge debate performances.

The following method was devised and deployed to locate evidence of how Trump took advantage of this widened field of judges. First, a Twitter “marketplace of influence” around the event was defined as a set of posts containing the well-trafficked and neutrally phrased hashtag #gopdebate within a specific date range. Second, a list of likely significant keywords was compiled by examining the debate transcript and video in the light of historical context. Third, the volume for each of these keywords was tabulated (see the table below). Fourth, random samples of the posts were read with an eye to candidate rhetoric and expressive attentive response. 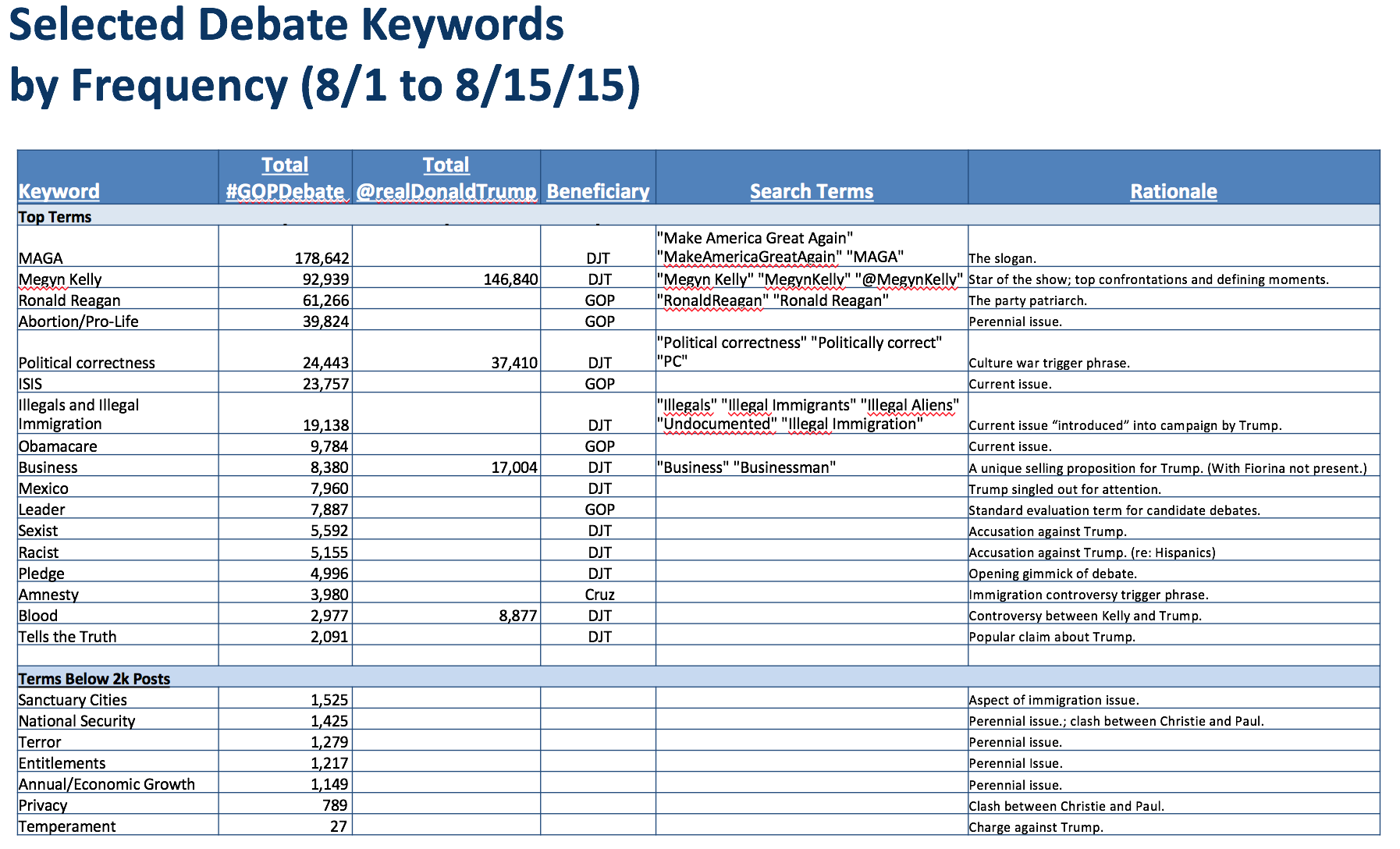 The results show that:

The granular nature of social media monitoring data allows us to see, via a systematic and replicable extraction method, Trump’s dominant share of voice among the candidates, the comparatively heavy use of keywords related to his brand, and active support for him among those tweeting in reaction to the debate and the enveloping spin. On Twitter, as elsewhere, Trump was a celebrity among politicians, an outside agitator among colleagues, and a candidate with enormous free media presence and considerable free media backing. Users of Twitter, including the candidate himself, empowered the party crasher.